(The opinions and experiences in this article are not the opinions of The Haunted Operations Team of North Carolina, they are my own opinions and observations)

It felt great to be back in the saddle again since our last investigation back in August of this year. Even though this was our second investigation, it was our first solo investigation as a new team. Go H.O.T! This location was brought to us by our newest member Anna and our special guest junior investigator Hailey! Hailey chose to do her school science project on ghosts on film, so of course this amazing team stepped in to help her out! It makes me proud to see the next generation of ghost hunters.

Our team for this investigation consisted of Felix, Ed, Crystal, Anna, and myself along with Hailey and a few other guests for the night. We rode up to the house and immediately felt a presence. It definitely had the look of being haunted. This two-story, colonial style house was nestled on an unbeaten path surrounded by hundred year old oaks and pines. Vines covered nearly every inch of the exterior and all the windows were pitch black. It loomed over us, daring us to enter its shadowy doorways.

Like any good team leader Felix and Ed bit the bullet and went inside first to check the floors and structure for safety. Most of the downstairs was accessible for the most part and one set of stairs leading up was sturdy. However, the entire upstairs was far too soft for us to chance. It was deemed off limits. Once we established that the location was safe the first team was sent inside. Considering this was Hailey’s project, she had the privilege to investigate first. Hailey and a friend entered the home with our lead man Felix.

Next it was time for Ed and myself to check the place out. I was armed with my usual arsenal of my favorite gadgets. Upon entering I turned on my K2 and Ed had his voice recorder and we started to sweep the building, working from room to room. The walls were covered in graffiti which is not unusual in this sort of setting, however the graffiti itself sent chills down our spines. The “God’s Room” was covered in Bible verses speaking of Hell and damnation. One set of stairs said “Please, go away” as if the potential spirits were frightened of us. Several places spoke of death, “I’m going to get you” and strange symbols covered the walls. Nothing had even happened yet and I was already feeling uneasy. As we stood in the hallway Ed and I both heard what sounded like a clock ticking. There was obviously no electricity in the building, nor a clock to be found. However, the noise was coming from the side room that Anna had been reluctant to enter. We searched everywhere for dripping water, or an animal scurrying around, but we could not find anything that could make the sound we heard. Eventually the noise stopped and we did not hear it again. We swept the entire building and there was not an ounce of energy in the place. My K2 never moved from its green light, but something in the background felt as if you were being watched. With an uneventful sweep, Ed and I headed back out the front door to join the rest of the team and that is when I had my first hands-on experience, literally. As I was passing through the entryway I felt as if someone had shoved me forward and out the door. I turned around in a flash… and nothing was there. I suddenly felt that I needed to leave as soon as possible, so I nearly ran out of the front door. Was it my imagination? Did I trip over the uneven floors? Or did the dreadful presence behind me decide to help me get outside?

The next team was Crystal and Anna, Anna had entered the house previously and felt uneasy in certain rooms. You could feel the reluctance in her movements to go inside. I however, was grateful for the break even though it was 30 degrees outside.

When Crystal and Anna came back outside, there was a noticeable change in Anna’s face. Anna explained to us that she had just gotten pushed as they were walking out of the front entry way. The same place I was pushed moments before! My mind started to race, trying to find any logical explanation that two people would have the same experience at the exact same place. Maybe it really was the uneven floors that tripped us. Maybe the feeling of the empty darkness behind us subconsciously pushed us out the door. Or maybe… something really wanted us to leave in a hurry. It seemed that the presence in the house may have been attached to Anna herself, so Felix decided to go back in with her.

While Felix and Anna investigated further, the rest of us stood in the cold and contemplated what had happened. It wasn’t long before Felix and Anna returned again, but that doorway was stuck in my mind. So Ed and I decided to go back in and check the threshold to try and find a reasonable explanation for the two experiences. Hailey decided to join us for the last go around in the building. Ed and I spent several moments at the doorway and even though the threshold was uneven, we could not entirely recreate the experience Anna and myself had. We were stumped. Since we were already in the building we decided to go back into the side room where most of the activity seemed to be focused around. Ed placed an EMF probe on the couch in the hallway, while Hailey and I scanned the room. Again, I had nothing showing up on my K2 meter, but Hailey said that she felt as if someone was standing behind her, so I snapped a photo, but nothing unusual showed up. I went and stood at the doorway to the room and snapped several photos in the hall, when suddenly I saw something, so I immediately snapped a few more photos. I went back through my pictures and looked more closely at what I had caught. There were hundreds of orbs floating all around. Usually I do not put much stock into orbs, especially in such a run down and dusty place, but that is why I snapped more photos. In the photos that followed, not a single orb was to be seen. It was nearly half a second between the two photos, so how could there be hundreds of orbs in one photo and none in the next? Again, it was time to try and debunk the evidence so Ed went into the hallway and started kicking up debris and dust. I snapped several more photos and again, nothing could be seen. However, at this point we got distracted from our task because Ed noticed that the EMF meter he placed on the couch was not turned on. He tried turning the device back on, but it seemed to be dead. The battery completely drained. We went back into the side room again and waited for something to happen, suddenly the EMF meter came back on with a full battery. Soon after we rejoined the team and headed back to Anna’s house to assist Hailey with getting started on her project.

The next several days that followed each team member reviewed their equipment. I pulled up the photos that I took of the orbs and upon reviewing the picture on a larger screen you could see the graffiti in the background was blurry and out of focus, which means that the camera had to of been focused on the foreground which would explain why the dust particles would have appeared. In the rest of the photos, the graffiti in the background was in focus which meant that the camera was then focused on the background, which is why there were no orbs. I had absolutely nothing to show. The rest of the team came together and said that there was no visual or audio evidence from their equipment either, however the personal experiences that we had could not be explained. Not only were Anna and I pushed out the doorway, Felix also said that he had been touched on his back when he was alone in the house.

My conclusion to this location is that there is some sort of spirit at work here. Looking back at the personal experiences and the lack of hard evidence, I would say this was an intelligent spirit that almost seemed to know how to dodge detection with our equipment. It is obvious that there have been many visitors to this location previously, so perhaps over the years this entity has learned to avoid cameras. All of the personal experiences of feeling as if someone is standing behind you to being touched or pushed on the back, validates to me that this spirit did not want visitors and stayed in the background to avoid detection.

Paddles….CLEAR!
Dammit, raise the voltage! CLEAR!
Ahhhhh! Welcome back! We have Sinus Rhythm!
Hello, my paranormal friends and welcome to the revival of “The Paranormal Blog”.
It’s been nearly two years to the day since I’ve published one of these. Apparently, this 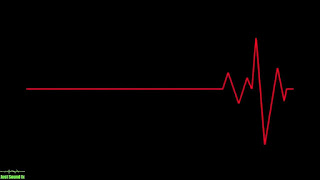 baby still has some life left in it….Or some afterlife, as the case may be.
When we last left our noble paranormal blog, we were stating that the paranormal world was going to have to do without the services of myself as it had, essentially, become a joke and a bad one at that.
Well, apparently, despite my predictions of death to the field, it’s still salvageable.
I, along with my good friend Ed Beiner, am forming a new group. It’s got the same name as my old group but it’s nothing at all like that group. This paranormal team is being built entirely on the backs of people that have never been in the paranormal field. Not one of the current members of this team, other than myself, have ever investigated before. None of them are “polluted” by the drama and bullshit that has dominated the field for so long. And none of them ever will be.
That is my goal as team leader and founder.
Very simply put, I will not allow any member of this team to be caught up in the “Orbs”, “Demon possession just before the commercial break” or “Let’s do the flashlight test” bullshit.
This is going to be a PARANORMAL RESEARCH team! We are going to, very simply, try to find “the truth”, whatever that truth is.
Will we do it? Who the hell knows? If we don’t, it won’t be for lack of trying. If we do? We won’t be trumpeting it to the world via some TV special or internet show. We’ll tell our friends and family, we’ll take joy in the fact that we did it and we’ll take solace in the fact that, as I have said to every member of this team, “The only one you’re ever going to convince is yourself”.